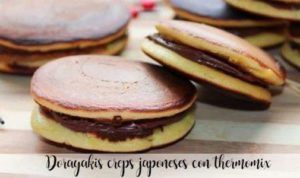 With today’s recipe we will make a sweet trip to the ancestral lands of Japan. We are used to associate Japanese food with sushi, but Japanese cuisine is much more than that. 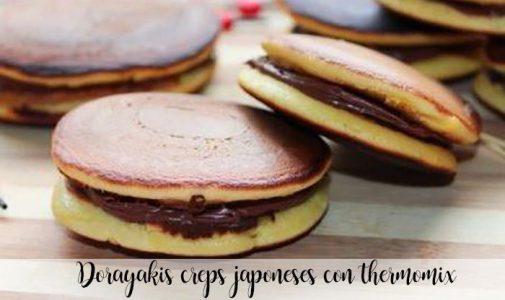 Dorayakis Japanese crepes with thermomix, have a certain resemblance to pancakes, pancakes or hotcakes (as you prefer to call them) because of the combination of ingredients you have and the similarity in preparation.

But as each region gives its special touch, here we share the recipe of some original dorayakis.

The Japanese dorayakis are ideal to eat at any time, although it is common to serve it as a snack, the children will love it.

Also, you can store it a couple of days in the refrigerator, wrapping it very well with cling film, just try to heat them before eating them out of the refrigerator until they take the room temperature. Remember to leave us your comment below. Until the next recipe!