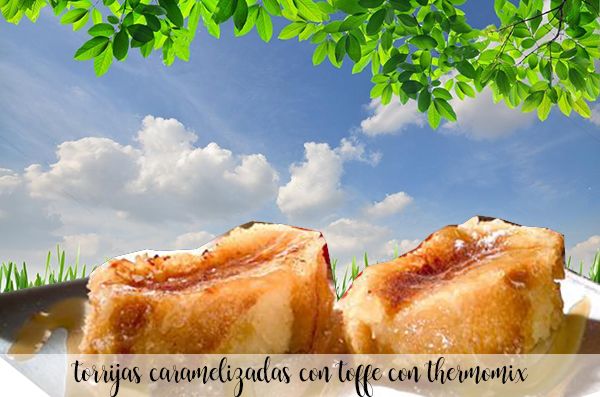 The kitchen robot can be used to shape a large number of traditional recipes, but also to develop novel proposals of those. A good example of that is what we now present to you: caramelized toffee toast with Thermomix.

It is an original alternative with an exquisite flavor with which you will surprise your guests. Take note. This recipe has sugar

Caramelized torrijas with toffee with Thermomix

Caramelized torrijas with toffee with Thermomix