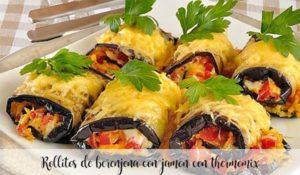 For many it is tedious to prepare a menu for lunch and dinner because we always think about making the same dishes, which can often be boring.

However, there are many recipes (we have many) to prepare endless meals and thus get out of the monotony. In this opportunity we share the recipe for Rollitos de eggplant with ham with thermomix.

A dish that can be used as a starter, for a light lunch or dinner. It looks great.

Eggplant rolls with ham with thermomix

Eggplant rolls with ham with thermomix

siguiente« Rabbit in cava with Thermomix