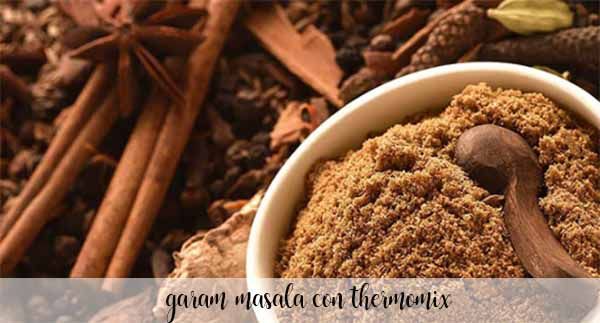 Garam Masala is a Hindu spice (from the north of India), which in turn is a mixture of spices, with which you can accompany many dishes of vegetables, meat and fish

The garam masala in each family in India have their own recipe, adding or subtracting some seed or spice more or less but mainly it has:
coriander, cumin, anise, cinnamon, cloves, cardamom, black pepper, cayenne …

siguiente« Pasta with tuna, ricotta and dried tomatoes with thermomix